THE SIGNIFICANCE OF CALIFORNIA ASSEMBLY BILL NO. 5

As you return to full speed after New Year’s, you may need to add to your To Do list a careful review of your company’s classification of hired workers as either employees or independent contractors.

Effective January 1, 2020, California has a new test to distinguish employees from independent contractors. The law, referred to as Assembly Bill No. 5, or “AB 5,” switches California from the old “means and manner” test used to classify workers since the 1980s, to what’s called the “ABC test.” 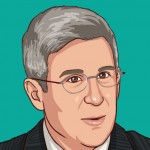 Much of the early news coverage focused on Uber and Lyft drivers and freelance writers for online sites like Vox Media. Rideshare drivers will likely be treated as employees under the law, meaning that their employer will have to deduct Social Security and Medicare taxes and contribute to workers’ compensation and unemployment insurance, and drivers will be guaranteed at least the state minimum wage. Freelance writers will have a limit on the articles they can contribute before their status statutorily changes from independent contractors to employees.

For professionals working in the many fields that constitute event production, here is a thumbnail sketch of what you need to know in order to properly classify workers as either employees or independent contractors. Note, as always, that although this is analysis from a lawyer, it is not legal advice to you. If you do want legal advice, you’ll have to obtain it the old fashioned way – pay for it.

The California Supreme Court established a rebuttable presumption that all workers are employees, not independent contractors. If challenged by a state regulator, the burden will be on the hiring company to rebut that presumption and establish that a worker is an independent contractor. In order to meet this burden, the hiring company must prove each element of the ABC test. (Statutory language appears in boldface, followed by my analysis.)

“Control and direction” incorporates much of the old “means and manner” ten-factor analysis. Under the old test, the most important sign of an independent contractor was that the worker decided what equipment and techniques he would use to accomplish the assigned tasks. (I’m using the masculine pronoun only for brevity – the law obviously applies equally to men and women.) Relevant issues included whether the worker supplied his own methods and tools, determined his own hours and duration of his work (longer duration suggests employee status), and whether the worker set his own rates, processed his own payments, and got paid directly by the company that hired him rather than that company’s client.

Hiring companies are warned that the name they put at the top of a worker’s contract is not dispositive, nor are the parties’ subjective beliefs about their relationship. These were given little weight under the old standard as well. The first prong of the ABC test underscores that control and direction must be the same in both the documents they sign and the work that they do.

B. The worker performs work that is outside the usual course of the hiring entity’s business.

In the case on which AB 5 is based, which dealt with the status of drivers for a package delivery company, this was an important issue. The hiring company’s drivers had been considered employees until management decided to terminate their employment and engage their services as independent contractors instead. The work remained the same and was the entire business of the company.

C. The worker is customarily engaged in an independently established trade, occupation, or business of the same nature as the work performed.

This third prong is also lifted from the old standard, ‘whether the person performing the services is engaged in a distinct occupation or business.’ Workers can objectively show that they are independently established by having their own corporate entity with its own insurance, address, and related formalities through which it performs its services. Incorporation at a home office is fine for an independent contractor – the worker’s business address simply cannot be the same as the hiring company’s address.

APPLICATION TO YOUR COMPANY’S WORK

Until you can consult your own company’s attorney, I suggest you keep the analysis simple. The essence of an independent contractor is independence from the hiring company. The more numerous and meaningful the signs that a worker is bringing specialized skills to bear on particular projects, and that the worker is performing tasks that are different from those routinely performed by the company’s employees, the more the hiring company is likely to overcome the statutory presumption that a worker is really an employee and the company is just trying to avoid paying benefits.

The ABC test is an attempt by the California legislature to impose order on what had been a confusing process with little clear guidance what a regulator might decide. At least at the outset, the new law may add more confusion. But for companies that hire workers, it is likely worth the effort to review their contracts and supervisory arrangements with AB 5 in mind. Other states, including Massachusetts, Delaware, and New Jersey already use variations on the ABC test, and where California leads, other states tend to follow.