I often have occasion to insist that the authority to take some action should align with the responsibility for doing so in a reasonable manner. This is the intersection of tort and contract law, which are my two main areas of concentration. It is also logical. It wouldn’t make sense to hold someone liable for doing something badly if they lacked the authority to do that action more safely in the first place.

If we have ever talked about your contract and I mentioned that the clause I fix most often is Indemnity, the misalignment of authority and responsibility is the reason.

Recently, this issue has arisen in the context of COVID-19, which has presented nearly as many insidious social and legal challenges as health hazards. 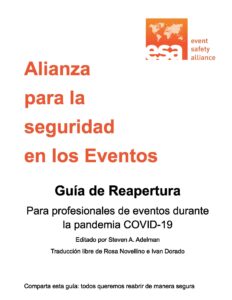 Just yesterday, I had three separate conversations that started from the premise that someone wanted to adapt portions of the Event Safety Alliance Reopening Guide to their particular circumstances. In each instance, I urged them not to reinvent this wheel (particularly as we roll it out in more languages). Since May 11 when ESA released our guidance, many other organizations have followed suit. Nearly three months later, there is a consensus how to reasonably mitigate the risk of infection while carefully reopening events: (a) six feet/2 meters of social distancing, (b) face coverings, and (c) hand washing or sanitizing. Knowing what to do is not the hard part anymore.

Now the challenge is to use our authority to not only establish rules, but to enforce them. In many parts of the world, especially here in the United States, it has not worked to ask people nicely and expect them to value the safety of everyone around them over their own selfish interests. I’m no authoritarian, but saying “pretty please” has been a dismal failure, so let’s stop with that charade.

Instead, it is high time to focus on enforcement. Fortunately, the law gives event operators the authority to require both workers and guests to follow health and safety rules. Workers – whether employees or independent contractors – can be required to follow the three simple measures as a condition of their work. If they don’t like it, they can work somewhere else. The same goes for patrons. Remember my “Ask Steve” video about trespass? Guests who insist on some non-existent liberty interest in jeopardizing other people’s health can take their business elsewhere. It’s not as if you can reopen to full capacity anyway, so you may as well be a bit selective about who you serve.

There is no legal question whether you have the authority to insist that everyone who works at or attends a live event follow your rules. As is often the case, the issue is, “What are you prepared to do?”

Even after months of medical catastrophe, economic distress, and social upheaval, the news reminds us that many people remain selfish and willfully ignorant. From the Chainsmokers’ show in the Hamptons to house parties in Los Angeles to a mud volleyball tournament in Alaska, all in just the last couple of weeks, people repeatedly show that we do not deserve the benefit of the doubt.

When 300 smart friends and I were drafting the Reopening Guide, I had higher hopes than this. As the unrelenting evidence has caused the arc of my optimism to trend downward, however, I have felt less constrained to exercise lawyerly moderation, or to advise event professionals to try playing nicely. F–k that. If people insist on being idiots in the face of a pandemic, then you have to throw their asses out the door. Really, is there an alternative??

A final thought regarding the current disconnect between authority and responsibility – government is not helping. I am disgusted by the parade of state legislatures rushing to protect businesses from the duty to provide their citizens with premises that are reasonably healthy and safe. In another “Ask Steve” recorded back in May, I explained why it will be exceptionally hard for coronavirus victims to prove that they were infected at an event space, as opposed to the many other venues that will be open by then. But the unlikelihood of a flood of personal injury lawsuits should not cause our “leaders” to completely disconnect the authority to reopen from the responsibility to do so in a way that mitigates the deadly risk of COVID-19.

Let’s unpack that thought. Georgia’s new law, for example, requires that a plaintiff prove either “gross negligence or willful misconduct” by a venue operator in order to win a COVID-19 claim. Unlike the usual burden of proof in civil lawsuits – a “preponderance of the evidence,” meaning 51% certainty – these new state laws, and the GOP’s proposed federal law to the same effect, would raise that burden of proof to “clear and convincing evidence,” meaning 99% certainty. This is the standard used in criminal cases, for good reason. It’s a much bigger deal to deprive a person of their liberty than to require them to pay money.

Moreover, by effectively eliminating the threat of losing a health and safety claim, laws like these undermine the one of the key goals of tort law – to incentivize good behavior by creating a meaningful economic disincentive to do wrong. Want to stay closed and out of work even longer because there is no financial penalty when other people host stupid events, get more people sick and killed, and your state closes down again? We tried that in Arizona – it’s not pretty.

I could not leave you on such a down note. Happily, there is great news, even if we cannot use it quite yet. After a gestation process of nearly four years, I am proud to present the new authoritative standard for Crowd Management, ANSI ES1.9-2020. 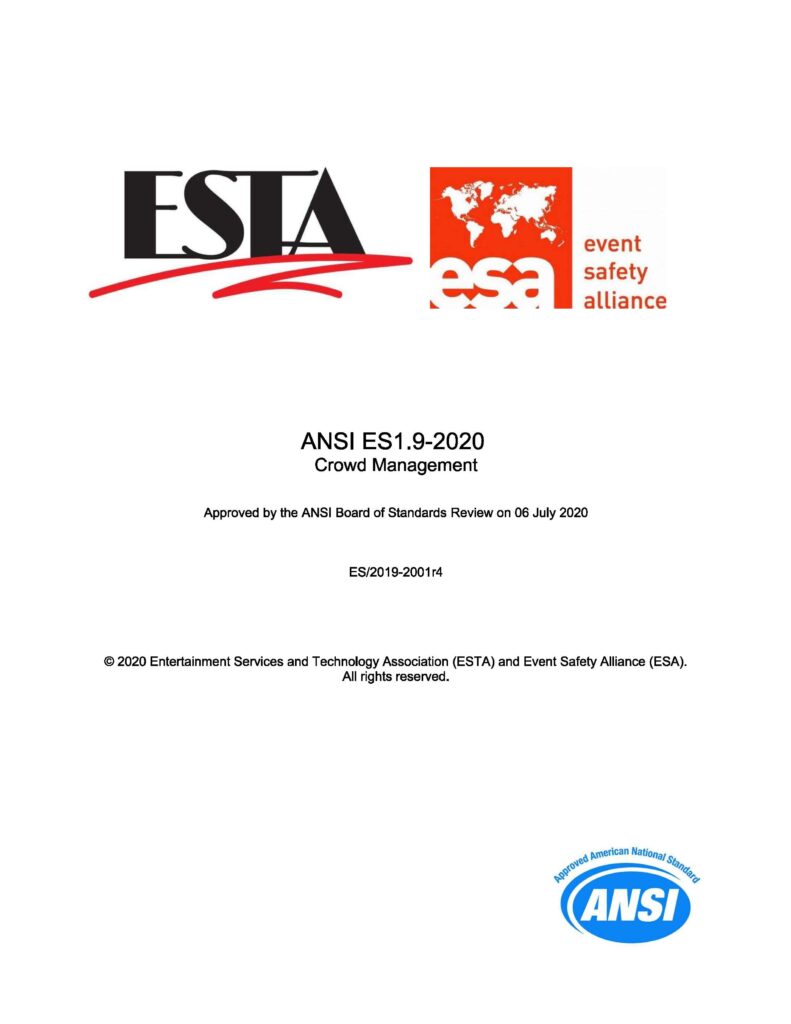 Although this product of the collaboration of the Event Safety Alliance and the Entertainment Services and Technology Association is an American national standard, there is no recognized international standard for crowd management. So until we can adapt this to the criteria of the International Standards Organization, this is the single peer-reviewed and vetted standard for the issues to consider when managing groups of people in public spaces.

If you would like to chat with the principal author of this worthy addition to any event professional’s bookcase, you know how to reach me. It would make me happy to plan for events after this new abnormal is behind us.