Much ink has already been spilled analyzing the horrific events of October 1, 2017 at the Route 91 Harvest Festival in Las Vegas. On behalf of the Event Safety Alliance, I shared my initial thoughts with print media from The New York Times to the Hollywood Reporter, and local, national, and even international TV and radio. Honestly, while it was gratifying to see ESA recognized as a leading authority regarding event safety and security, it became exhausting to explain the concepts of crowd management and Black Swans over and over again. 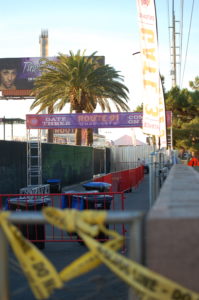 Now that nearly a month has passed, the initial conversations, which generally focused on blaming someone and asking if concerts are safe, have run their course. Doubtless that line of inquiry will resume through the litigation process, but for now the public finger-pointing has calmed down.

This allows us to try to learn something that can be applied to our own events, lessons that will help keep ourselves, our co-workers, and our guests reasonably safe under their circumstances. Fortunately, some of us have been thinking and writing about active shooters and emergency preparedness at live events since long before Las Vegas. So in addition to reading the pearls of wisdom in this Adelman on Venues, I encourage you to review some of the material I have linked to give you a deeper understanding of these important issues.

After the Pulse nightclub shooting last June, in what was then the worst mass shooting incident in United States history, we posted a statement, “One is Too Many: The Event Safety Alliance Response to Orlando.” In those remarks, besides lamenting the scourge of gun violence, ESA proposed a variety of practical measures including crowd manager training, magnetometers, and CPTED. These made sense sixteen months ago, and they remain good ideas today. If you wish to discuss any of these measures, I, and the rest of the Event Safety Alliance, stand ready to help.

I also refer you to my research and conclusions regarding over-reliance on the usual active shooter training in live event spaces, “Run, Hide, Fight: Why the Current Version Doesn’t Work for Live Events, and How to Do Better.” Once again, it hardly takes a savant (or a lawyer) to recognize that dark, loud, unfamiliar places where people may be impaired or simply inattentive present significant challenges for event attendees in any emergency. We have seen this repeatedly, including most recently in Las Vegas. If guests generally act like sheep, then it is incumbent on event organizers and operators to train to act like shepherds.

You’ll never know how valuable crowd manager training can be until you need it.

The problem for back of house people is that they are often the last to know what’s going on in the venue, and they are provided the least information how to help themselves or anyone else in an emergency. This holds for staff who work in the same brick and mortar venue every night, and even more so for touring professionals, who know only some parts of the building or show site and relatively few of the permanent staff. Let’s talk about a few practical solutions:

* Every venue should have an Emergency Action Plan, it should provide evacuation procedures and key person contact information, and people working back of house should receive a copy for every show (or at least every show where you want to know what to do in an emergency);

* Every venue should have an emergency notification system that alerts event staff working in remote locations on a site;

* Every plan should include some variation on the Incident Command System so even back of house staff know their role in an emergency, such as whether they are expected to help front of house staff with the crowd or they can just take care of themselves, and where they should shelter in place if they can’t run to safety;

* Every professional should have a floor plan of the site with clearly marked exits and shelter locations, which ideally can be worn on your lanyard and downloaded to your phone;

* And all of this should be discussed in pre-show production meetings before each event. Thought is the enemy of time – the only way to make your emergency response as automatic as a muscle reflex is to talk about it and practice it over and over again.

To see the consensus between ESA, DHS, and even ASIS International, check out this roundtable discussion, “Active Shooter: Is Your Theatre Prepared for the Unthinkable.” And here is a variation on the same conversation that appeared in Newsweek. 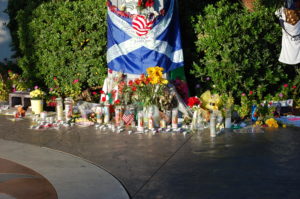 One of the first and easiest things the Event Safety Alliance decided was our motto, “Life Safety First.” But in case you’re interested, I have done the research and the law supports your focus on doing the right thing. In my article, “Foreseeing ‘Murderous Assaults:’ Duty and Causation in Active Shooter Cases,” I show that courts in the United States have generally found that there is no legal duty to predict an active shooter attack in a public accommodation.

So not only is it the right thing to focus your time and resources on creating and implementing emergency action plans and staff training that will help save lives in any emergency, you can do with confidence that you will survive the inevitable lawsuits. Based on the recent history of litigation involving active shooters, absent notice of a specific threat, most shooting incidents are correctly found to be not reasonably foreseeable as a matter of law.

I have a relatively low tolerance for process — generally, I focus on results. I waited nearly a month to send these remarks and links out of respect for the dead and wounded, and in recognition of my readers’ need to grieve and try to make sense of the unimaginable.

But if you have gone back to work since October 1, then it is time to take affirmative steps to make your shows, your venues, and your guests as safe as you can. We will be discussing these topics, and more, at the Event Safety Summit, November 29, 30, and December 1, 2017, in Lititz, PA. I think that by working to create a culture of safety at live events, we honor the people affected by the horror of that night. I hope you agree.